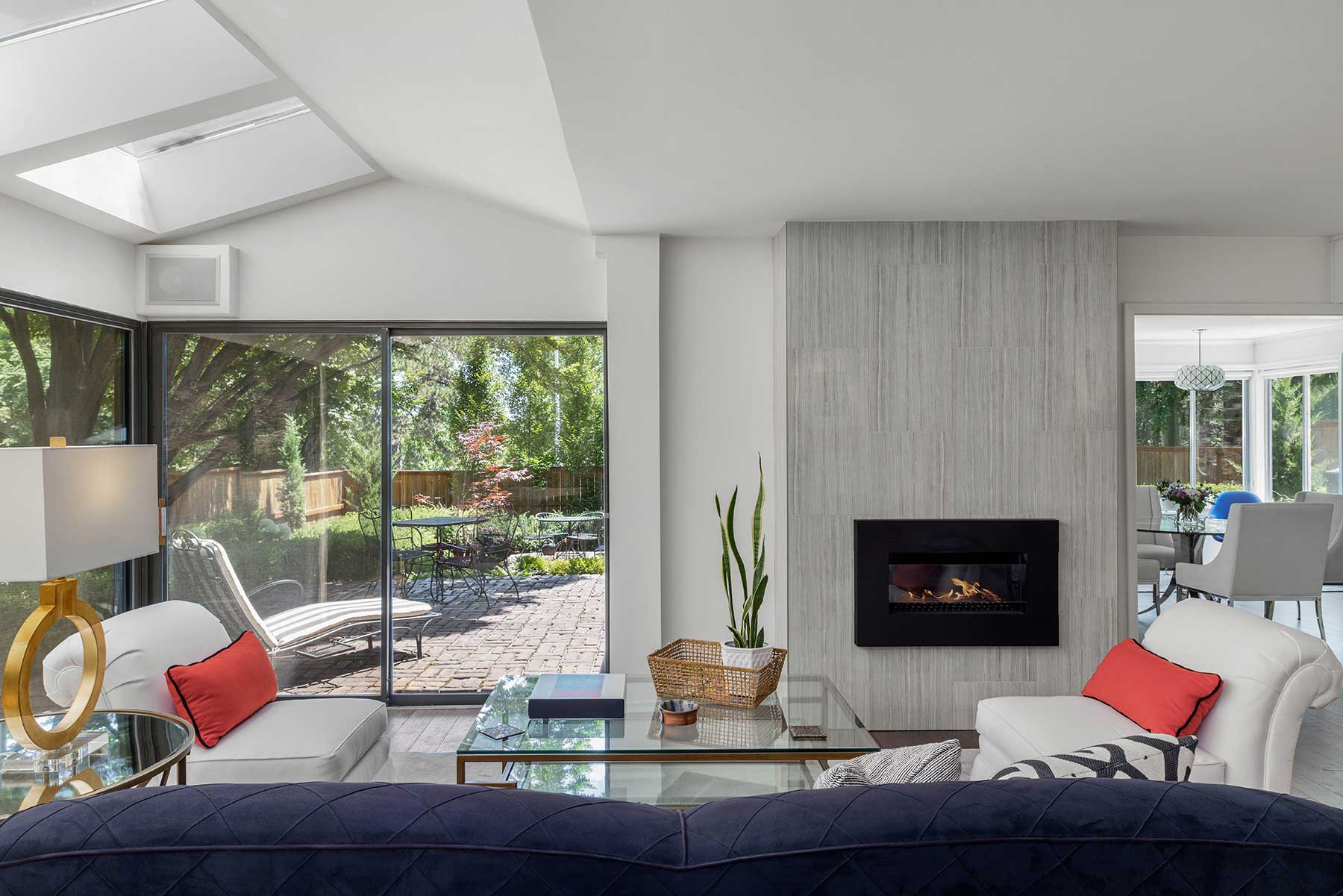 A Rockhill couple finds a meaningful lifestyle by selling their large home and releasing a lifetime of accumulation.

hree years after downsizing their home, this retired couple is still pleased with how little clutter they see when opening a drawer. That well-organized storage was part of a fairly massive lifestyle change—and they want to hang on to it. “There are some drawers I need to go back and edit. The little this, that and the other thing that you need adds up,” says the wife, who volunteers as a docent at the nearby Nelson-Atkins Museum of Art; her husband is retired from insurance law. They asked to remain anonymous in order to maintain their privacy. For about 13 years, the two lived in a 5,000-square-foot historic home not too far from the smaller space they decided suited them better at this stage of life. They’d begun toying with the idea of relocating around the time their son moved out. But they’d barely said the word “downsize” aloud before they found themselves doing exactly that—and in a hurry. In 2019, she chaired the Rockhill neighborhood welcome committee and went to visit someone moving into one of four zero-lot-line houses in a row. She’d seen the early-1960s structures but hadn’t been inside, and now she was charmed. “I said, ‘If you ever hear of one coming on the market, let me know.’” The call came the very next day.

The couple was excited, but moving meant making a lot of decisions that went well beyond decluttering drawers. Decisions about what to do with the art, furniture and sentimental items collected over a 47-year marriage, a collection that certainly wouldn’t fit in a smaller space.

They hired an estate sale organizer who had them tag only what they wished to keep. That in itself was a bit of a puzzle. The 2,200-square-foot space they’d purchased needed a “complete redo,” the homeowner says, so the house was still a work in progress when they began to plot their move.

And facing a completely full three-story house with six bedrooms, a full basement and a detached three-car garage was overwhelming.

For several years, she had her own interior design business. While she was no stranger to this type of task, weeding out so many possessions really took some planning.

“I did my furniture layout first, before I did anything else. I knew that I could take my existing upholstered pieces,” she says, gesturing to two white armchairs. “These were in a guest room.”

She points out a couple of other white chairs, explaining that they’d been in her old living room and were once covered in multicolored striped upholstery. A pair of black, lacquered chairs she’d had for 40 years also made the move.

She replaced anything that wouldn’t work in the new house with pieces more aesthetically appropriate. The old house had been filled with fairly traditional colonial furniture, but she wanted to cultivate an “East meets West” vibe in their new home—mid-century modern with an Eastern twist.

What didn’t translate exactly right—or what they simply had no room for—was a great deal of art, much of it created by their son, a professional artist who lives in New York. They sold furniture, too. Family heirlooms. And then there were the boxes of things that had been in storage.

Now that she’s on the other side of the tough calls, she recommends not hanging on to very many of those accumulated items—particularly those hidden in closets, attics and high on garage shelving. Keep only what will be displayed.

She held on to a small black iron chair she remembers playing tea party with at her grandmother’s house in southeast Missouri. An important item.

“In my dressing area, I have a wooden owl that my dad carved for me. I have my favorite picture of my son with Santa Claus,” she says. “I have little stuffed things that my husband gave me. I’ve got a painting that my mom loved that was in her home.”

Everything else, she photographed and let go.

But, she says, the result was well worth going head to head with the material representation of her past. The couple settled into their new digs only months before COVID-19 was declared a pandemic.

Not only is the interior exactly as she wanted it, and filled with only items she loves, but the backyard is perfect for relaxing and entertaining a small number of guests. Even her socializing was pared down, though that’s been appropriate given the current circumstances.

“Sitting here during COVID, I loved all the open windows and I was so thankful,” she says. “What a wonderful space to be in during lockdown.” 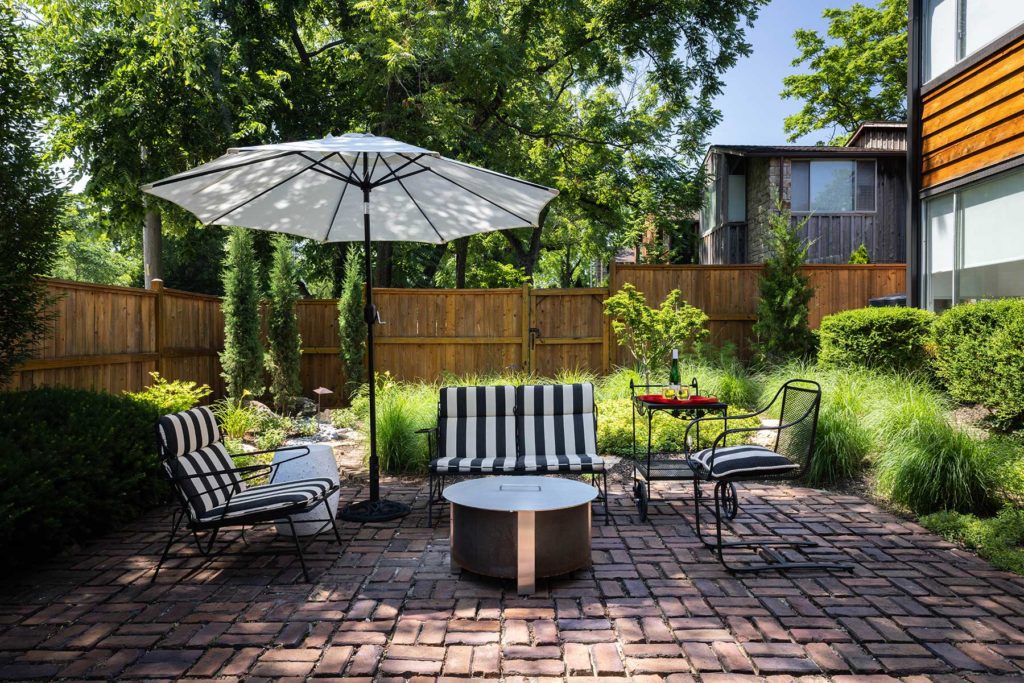 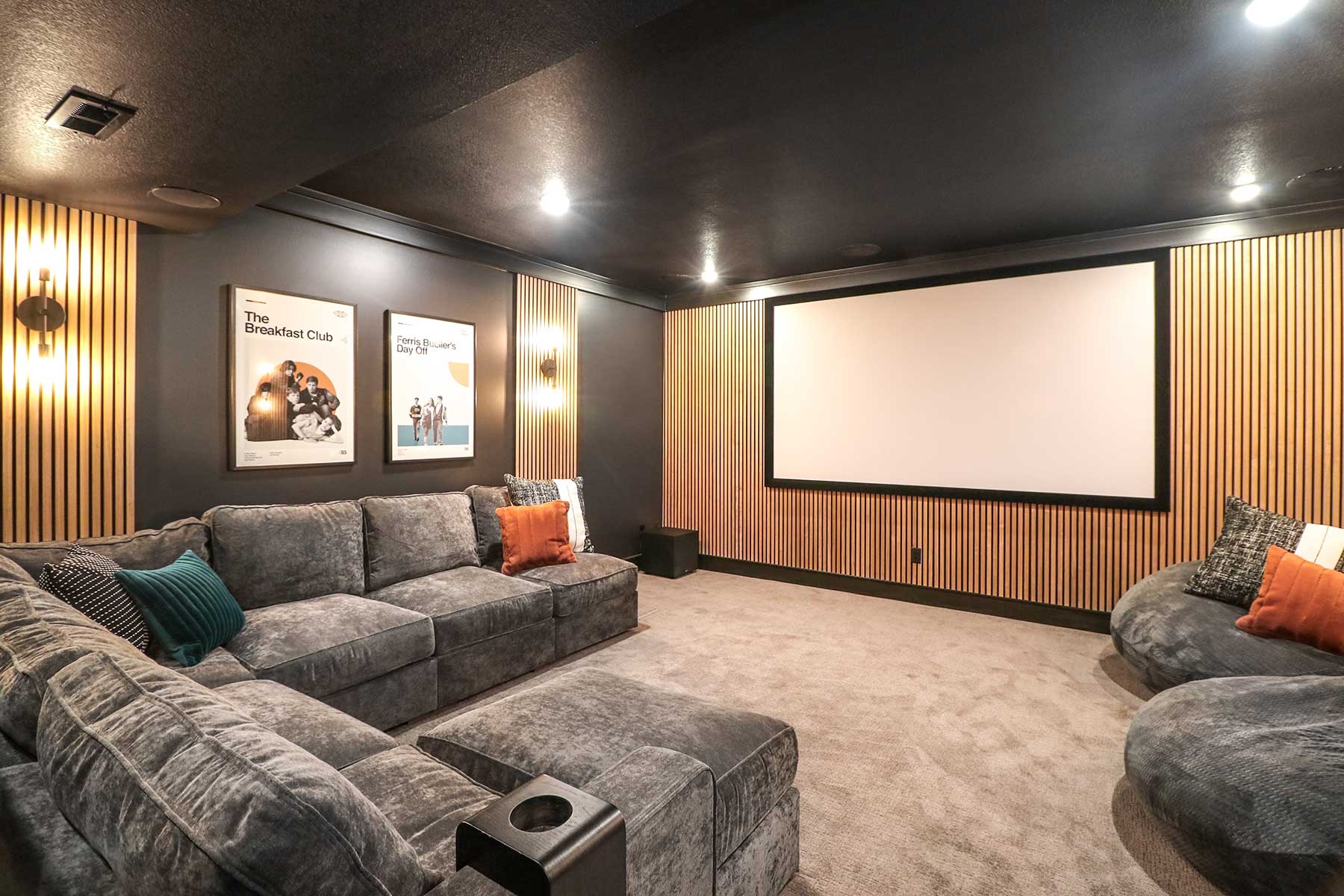 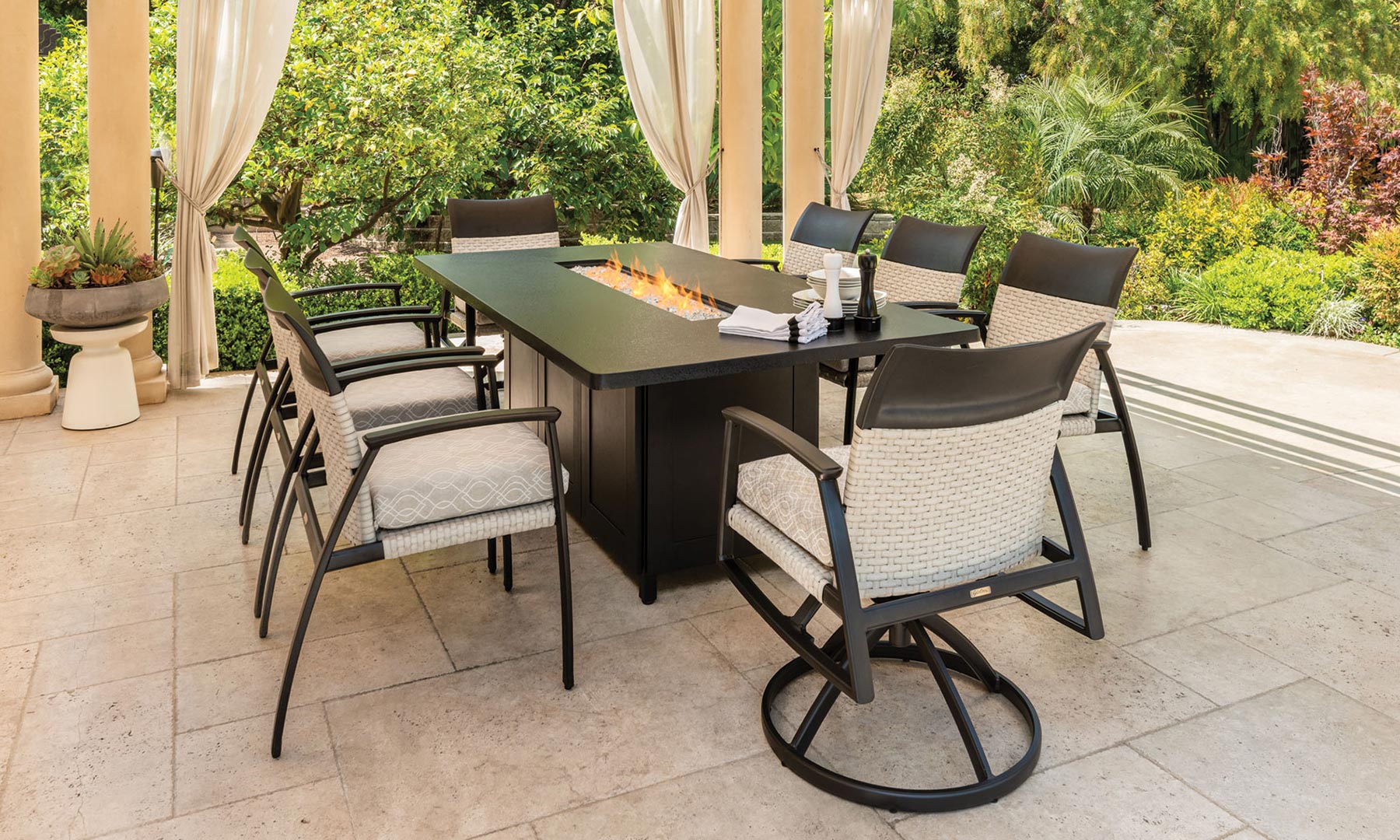